What's on your mind?

Can anyone explain to me why the Mad Doctor thinks that being remembered will let him leave Wasteland? Regardless of whether or not he is remembered, he still does not have a heart, which is needed to leave Wasteland. Is there something that I’m not understanding or is this a hole in the story? This is something I have been confused about for a while.

Recently there has been a plethora of content released that gave us insight into what Epic Donald would have looked like. Now, a Disney fan has footage of the game in action.

As reported by this site along with others, the footage shows Donald and Mickey exploring a gold-filled cavern or building as well as a seaside area. The player uses some sort of green circle ability that seems to be the time travel mechanic we've heard of before.

Getting to see just a bit of this game in action is frankly the most thrilling release of cancelled content yet. I wonder if someone will find a test build next? Who knows - with all this Epic Mickey content being discussed and found, maybe it'll spark a new game someday!

I've finally translated the Topolino Epic Mickey 2 Graphic Novel from English to Italian. For those who are unaware, the EM2 Graphic Novel was never officially released in English, so the majority of EM fans haven't been able to read it, until now! I, along with Tiestow (Tiestow (tumblr.com)) have finally converted it to English! Tiestow did pages 0-12, while I did 13-48. Happy reading!

Please credit me (Bane) and Tiestow if you plan on using or sharing this! It took a lot of effort to scanlate!

So idk if you guys played Epic mickey 2 but I'm stuck in a part of bog easy where i can't get back to mean street ;-;

So I was browsing around the wiki and found some pieces that say that ABE is referring to the Blot (not the Shadow Blot) when he says "What he didnt know was that there was an even bigger Blot, a Storm Blot, one that could destroy all of Wasteland" in the last diorama. However, I never took it that way.

Since Mickey is in the diorama about defeating the Blot and the FIRST thing that ABE brings up is "Mickey defeated the Shadow Blot. Thought everything was good too" I always took it as the game was referring to the regular (not Shadow) Blot, as "The Blot" and the "Shadow Blot" are sometimes used interchangeably even though they are two separate entities. And when ABE mentions the Storm Blot, I take it as an Easter Egg to the scrapped Storm Blot that Oswald was going to turn into.

It doesn't make much sense to me that ABE would be referring to the regular Blot when he brings up the Storm Blot, as he mentions the Shadow Blot while in the (not Shadow) Blot diorama, and because the normal Blot is never referred to by that name in either games until that moment. What are your thoughts? (I hope this all makes sense) 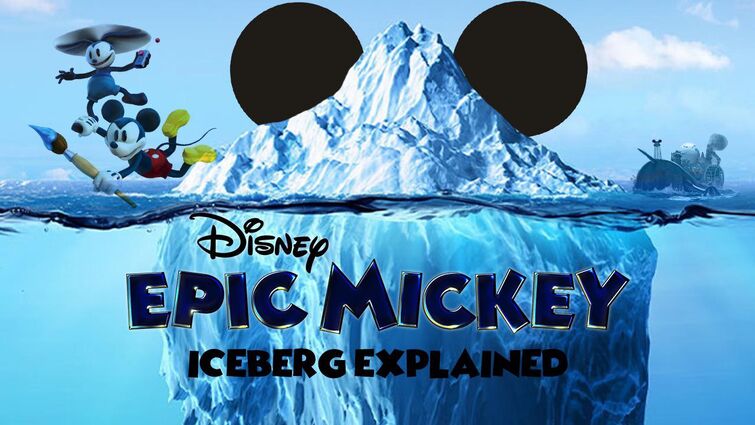 Part 3 of the Epic Mickey Iceberg is live! Been a wild ride!

I was wondering, how do I add an article to a category? Any help would be greatly appreciated! Thanks! 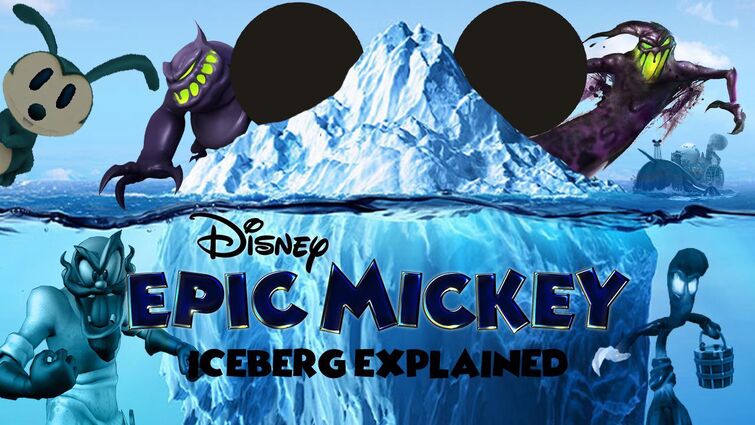 Part 2 of the Epic Mickey Iceberg is here for your enjoyment! 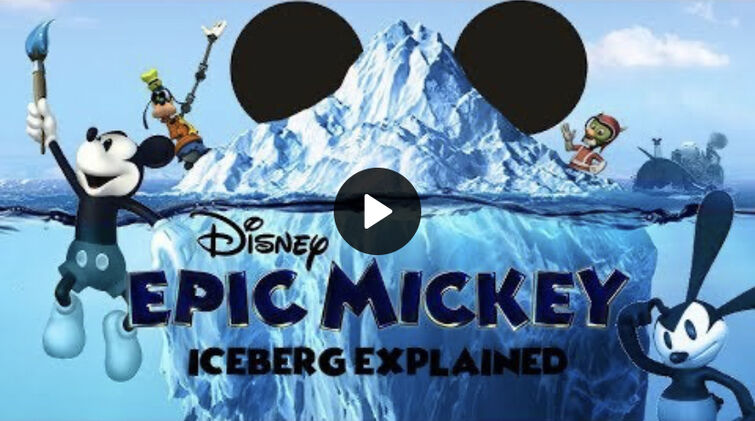 Part one of a new video over the Epic Mickey Iceberg has been created by Evonshki, who just so happens to be one of our users here! It's really good and deserves the views! 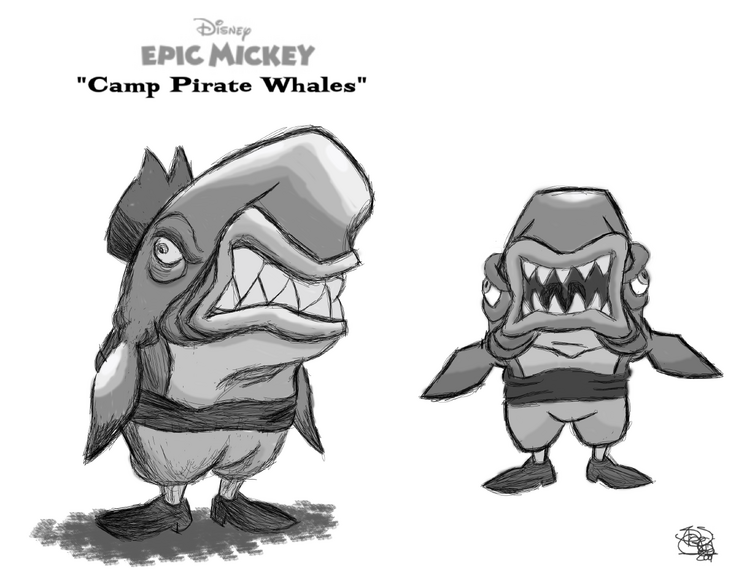 Recently a piece of concept art of the Camp Pirate Whales has surfaced and finally confirming that things things actually exist! Feel free to explore their page on the Wiki! https://epicmickey.fandom.com/wiki/Camp_Pirate_Whale?so=search

My post before this one talked about replacing The Mad Doctor with Julius The Cat as the final boss in Epic Mickey 2, but the replies actually made me rethink the idea.

So, my rethought of the design is this:

1: The Mad Doctor stays as the final boss in EM2, but the post-credits scene is changed a bit, adding a scene i will talk about later.

2: EM3 does take place in both ToonWorld(where all unforgotten toons reside) and Wasteland, and the final boss/overarching antagonist is Doctor Frankenollie(y'know, the main villian of Runaway Brain), who is creating conflict with forgotten villains and unforgotten villains with the help of the Petes and Prescott(against Presscot's will).

3: After Frankenollie is defeated, he is banished to Wasteland, but this directly causes EM4, because he secretly goes under Wasteland to meet with his leader, and the big bad, overarching, main antagonist, Julius The Cat.

4:(this part is explaining why Julius is the bad guy) Julius is the main cause of all the Epic Mickey games, as he is the one who ordered the Mad Doctor to bring Mickey to Wasteland, yet at the end of EM2, The Doc severs ties with him, which is fortunate, as he now orders the Petes to work with his new pawn, Frankenollie.

When Frank gets sent to Wasteland, he constructs a replica paintbrush for Julius, with which he plans to raise Thinner levels, overflowing out of Wasteland into ToonWorld, but before that, he constructs mechs piloted by Blot Spirits that are other forgotten toons, like Fanny(Oswald's former love), J.P. Whiskers(Ortensia's dad) and Homer the Cat(Ortensia's little brother).

I will discuss the rest of the rewrite in the future.

Besides the scrapped projects like EM3 and Epic Donald, what other games or ideas would you have like to see in the Epic Mickey franchise? 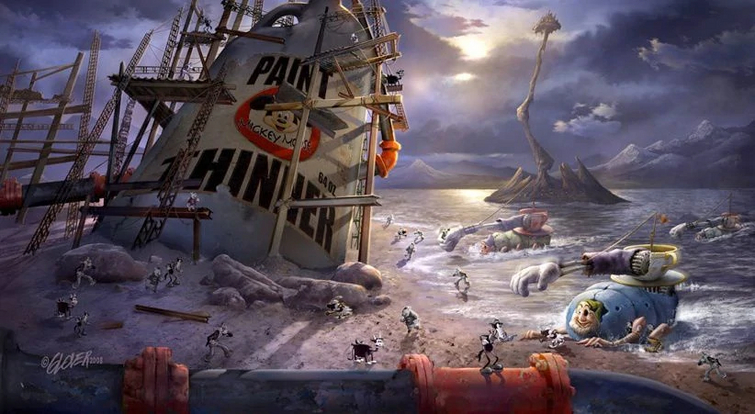 I need it for when I do the Canon Ending (as in, thinning out Hook by knocking him into walls and freeing the Sprite after).

(edited by Wormboi05)
The Sprite 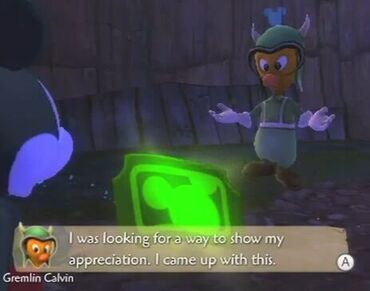