She and Donald will be happy if Mickey fixs Donald's Boat. Daisy Duck also does mention something about Smee taking a gear to the lift In Ventureland. 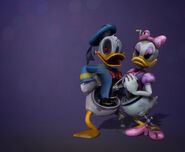 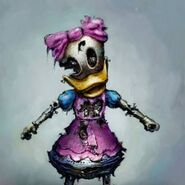