Beetleworx are enemies created by the Mad Doctor for Oswald. They were later used by the Shadow Blot as soldiers. Beetleworx are first found at Mickeyjunk Mountain. Beetleworx used to help out in the Wasteland, but the new Beetleworx attack anything in their way. They're also programmed to hate Mickey, and can be turned friendly when Oswald reprograms them The only way to destroy them is to thin out their Toon shells and hit the green weak spot (How many times the weak spot has to be hit varies on the type of Beetleworx). Destroying them will fill Mickey's Guardian gauge green, due to thinning out the shell. 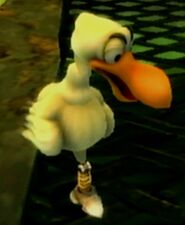 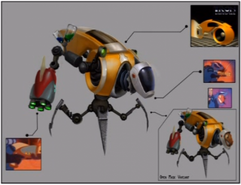 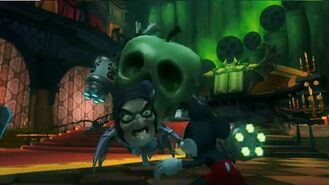 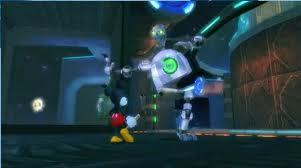 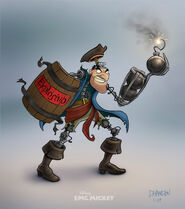 The Bomber form of Beetleworx that was scrapped from the game. 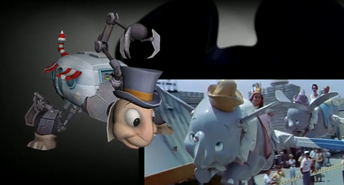 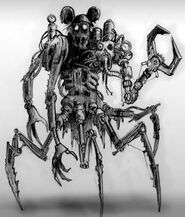 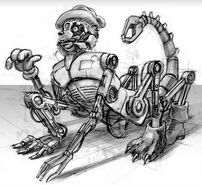 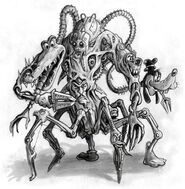 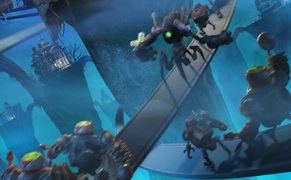 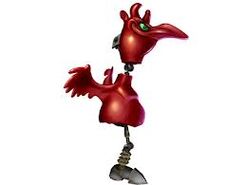 The Disney Gulch version of a Hopper. 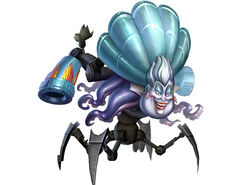 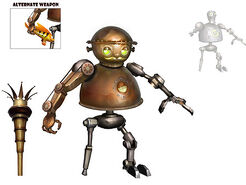 Retrieved from "https://epicmickey.fandom.com/wiki/Beetleworx?oldid=15884"
Community content is available under CC-BY-SA unless otherwise noted.