While Wasteland is inhabited by scrapped and forgotten Disney characters, the likenesses of many popular characters during and after the Walt Disney era can be found through Wasteland as statues, paintings, or machinery. Most Beetleworx also tend to share the likeness of certain characters as well.

Beast appears as a statue in the Mad Doctor's Lab along with statues that resemble those used in the West Wing. 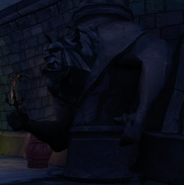 Maleficent appears as a Stained Glass Window in Dark Beauty Castle and also appears as a one of Mizrabel's illusions. 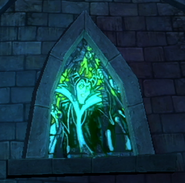 A Stained Glass Window of Maleficent from Dark Beauty Castle. 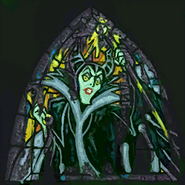 Mizrabel taking Maleficent's form.
Add a photo to this gallery

Scar appears in Dark Beauty Castle both as Glass Stained Windows in the Mad Doctor's Lab and as Statues in the Castle Entrance. He also makes an appearance as a statue in Lonesome Manor and an illusion from Mizrabel. 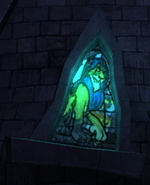 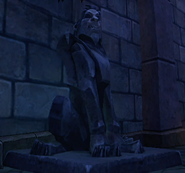 Scar statue from the Castle Entrance.

Mizrabel's Illusion of Scar.
Add a photo to this gallery

Captain Hook appears as a Stained Glass Window in Dark Beauty Castle and also has an Animatronic counterpart that serves as a boss in Pirates of the Wasteland. 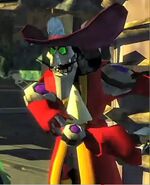 Animatronic Captain Hook
Add a photo to this gallery
Retrieved from "https://epicmickey.fandom.com/wiki/Cameos?oldid=31627"
Community content is available under CC-BY-SA unless otherwise noted.