Start a Wiki
Castle of Illusion Starring Mickey Mouse is a videogame for the Sega Mega Drive and the Sega Genesis. It was originally released for Sega Master System, later remade for the PC, PS3 and Xbox 360, and mobile devices.

The game revolves around Mickey Mouse entering the Castle of Illusion in order to save Minnie Mouse from the evil witch Mizrabel, who was jealous of Minnie's good looks. When Mickey rescues her on Hard mode, Mizrabel has a change of heart and helps them to escape.

Epic Mickey: Power of Illusion is heavily based on this game. 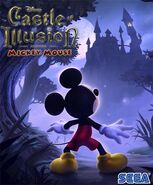 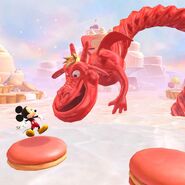 Add a photo to this gallery
Retrieved from "https://epicmickey.fandom.com/wiki/Castle_of_Illusion_Starring_Mickey_Mouse?oldid=32997"
Community content is available under CC-BY-SA unless otherwise noted.