Guardians are the primeval spirits of Wasteland; little orbs that help Mickey in Epic Mickey and its sequel. There are two main kinds of Guardians: the Tints (blue Paint guardians) and Turps (green Thinner guardians). There is also a larger, white Guardian that hovers around Gilda that is used to guide Mickey during Gilda's racing courses.

The Guardians' origin is shrouded in mystery, though they likely where created by Yen Sid. They are mentioned in the graphic novel to be "the very essence of Wasteland", which is supported by the Mad Doctor's claim in the second game that if the Guardians are pulled out of Wasteland, everything (and, most chilling, everyone) in the land will become inert. In the graphic novel, the Earthquakes weren't even directly caused by the Guardians' extraction (since it that version the Mad Doctor doesn't pump them from the ground), but simply by the fact that them being imprisoned makes Wasteland unstable.

In the HUD, there is a bar located underneath Mickey's Health Bar called the Guardian Meter. Depending on how often Mickey uses a particular substance he can obtain two different types of guardians: Tints by using Paint and Turps by utilizing Thinner. As he paints in or thins out the environment the meter fills up with the corresponding substance. Once Mickey completely fills up one unit, a single Guardian appears to accompany him. He can repeat this to have up to a maximum of three Guardians. Consequently, if Mickey's Guardian Meter is filled with a particular substance and he uses the opposite substance in the environment (eg. Painting in the environment while the meter is filled with Thinner), it will decrease the meter and if a unit on the meter becomes emptied, a Guardian will disappear. As such, it is only possible to possess only Tints or only Turps, never both at the same time.

Guardians can be sent to attack enemies by flicking the Wii nunchuk. Whereas small enemies would be instantly befriended or thinned out, larger enemies such as Slobbers will take a portion of damage. Alternatively, one can have Guardians lead them to the nearest point of interest by pointing their Wii Remote upwards for a few seconds; the Guardian will fly away, leaving behind a trail for Mickey to follow. By flicking both the Wii Remote and nunchuk at the same time, Mickey can send all of his Guardians to attack enemies. For each Guardian used for a particular action, upon disappearing, the Guardian Meter would be emptied by one unit.

In the open world, Guardians also symbolize which projector screen to go to or Mickey's next destination in his quest by flying around in circles in the shape of Mickey's head. In the second game, Guardians reside and can be obtained from Guardian Pools.

In the graphic novels

Due to their very small role in the plot of the first game, where they were more like mere game mechanics, the Guardians weren't included in Epic Mickey: The Graphic Novel. However, they do appear in Epic Mickey 2: The Power of Two: The Graphic Novel, where the Tints are called "the Blue Guardians" and the Turps "the Green Guardians". In this version, the Guardians are depicted as much bigger orbs than in the games. They also have an even more important role there, as the freed Turps are almost reponsible for the Mad Doctor's demise at the end until he is saved by Oswald (unlike the game in which it is Mickey and Oswald's messing witht the Mad Doctor's machine that put him in danger).

Mickey and Oswald noticing that more guardians are imprisoned inside the Mad Doctor's Ride. 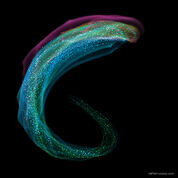 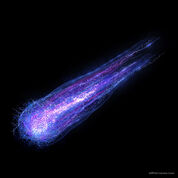 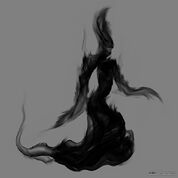 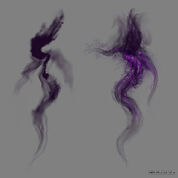 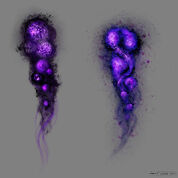 Early Turp design
Add a photo to this gallery
Retrieved from "https://epicmickey.fandom.com/wiki/Guardians?oldid=31990"
Community content is available under CC-BY-SA unless otherwise noted.