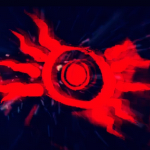 Welcome to my message wall!

I'm happy to answer any questions you may have about the wiki. I usually respond within a few days, depending on how busy I am. If it's urgent, join the wiki Discord server and contact me there for a quicker response.