It has been confirmed that it's the same remote to start the fireworks at the end of Epic Mickey when Mickey gets his heart back and during the cutscene after he fought the Blot at the three towers in Dark Beauty Castle.

In Epic Mickey, Oswald used this remote to start the fireworks at the end of the game when Mickey gets his heart back. In Epic Mickey 2: The Power of Two, it's function has been expanded as Oswald's counterpart to Mickey's paintbrush, and can be used in a variety of ways. 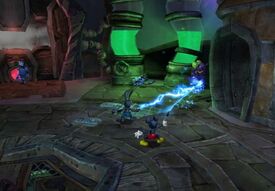 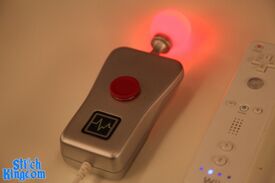 Remote Texture
Add a photo to this gallery
Retrieved from "https://epicmickey.fandom.com/wiki/Remote?oldid=32021"
Community content is available under CC-BY-SA unless otherwise noted.